Wai-O-Tapu Thermal Wonderland is a spectacular showcase of New Zealand’s most colourful and unique geothermal elements sculpted by thousands of years of geothermal activity. Some great backdrops and access within the area but actual filming access can be restricted to outside of opening hours.

Considered “one of the most surreal places on earth”, Wai-O-Tapu Thermal Wonderland is part of an 18 square kilometre active geothermal park at the northern perimeter of the Reporoa Caldera – a collapsed volcanic crater. Formed approximately 230,000 years ago it is located within the Taupō Volcanic Zone.

The Lady Knox Geyser is presented daily at 10:15am. This unique geyser can reach heights of up to 10-20 metres.


Featuring one of the largest mud pools in New Zealand which was originally the site of a large mud volcano.


Part of one of the most extensive geothermal systems in New Zealand, the Wai-o-tapu Thermal Wonderland features the most diverse and colourful geothermal landscapes. 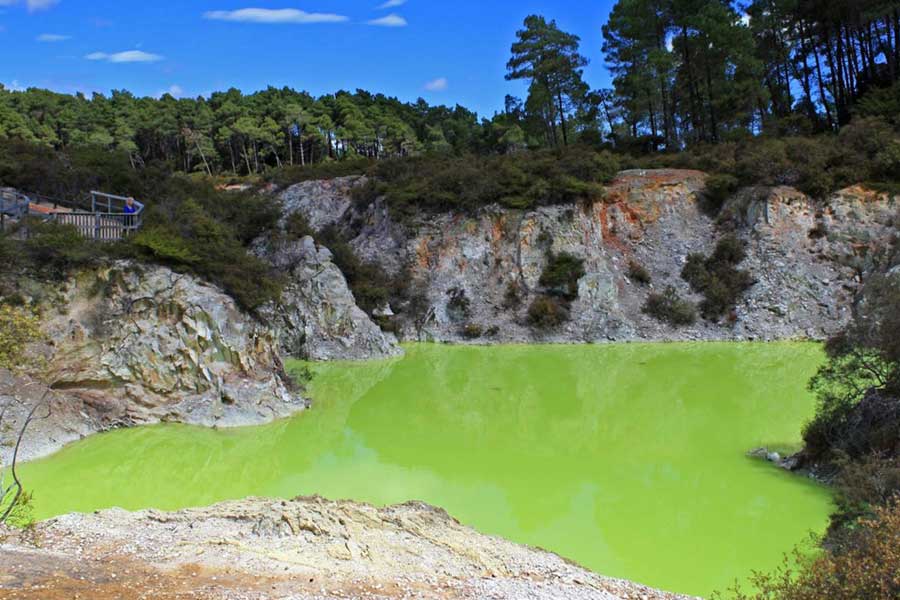 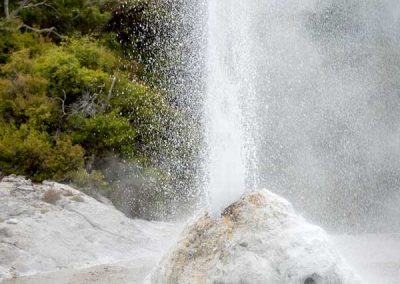 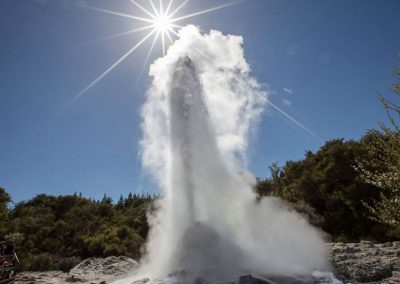 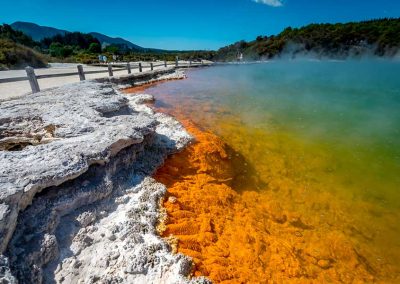 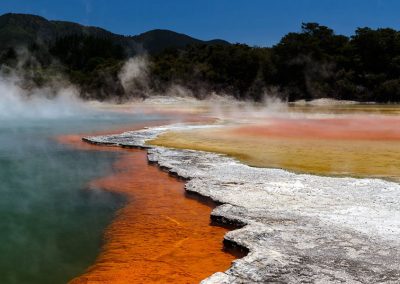 One of the great things about filming in the Bay of Plenty is the close proximity to New Zealand cities and rural townships.  Even when you are enjoying our spectacular rural filming locations you still have access to major infrastructure and amenities nearby.
View in Google Maps